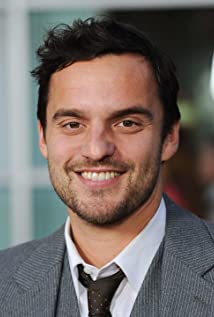 Jake Johnson (born Mark Jake Johnson Weinberger; May 28, 1978) is an American actor, comedian and director, most commonly known for playing Nick Miller in the Fox comedy series New Girl opposite Zooey Deschanel, for which he has received a Teen Choice Award nomination among others. Johnson also co-starred in the 2009 film Paper Heart and the 2012 film Safety Not Guaranteed, as well as appearing in Get Him to the Greek, 21 Jump Street. His first starring role in a feature film was Drinking Buddies, and he also starred in the 2014 comedy Let's Be Cops, alongside fellow New Girl star Damon Wayans, Jr. Appeared alongside Chris Pratt and Bryce Dallas Howard in Jurassic World (2015). Co-starred with Tom Cruise and Russell Crowe, in the Dark Universe thriller, The Mummy (2017). Starred as gambler Eddie Garrett in Netflix feature film Win It All (2017), alongside Keegan Michael Key and Joe Lo Truglio, directed by friend Joe Swanberg.

Spider-Man: Across the Spider-Verse - Part One