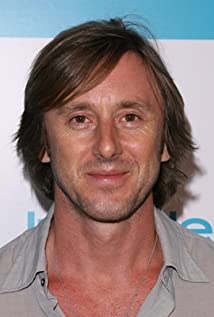 Jake Weber has worked in film, theatre and television. His film credits include Zach Snyder's remake of Dawn of the Dead, Martin Brest's remake of Meet Joe Black, Jonathan Mostow's U-571, Mike Newell's Pushing Tin, Tarsem Singh's The Cell, Marshall Herskovitz's Dangerous Beauty, Alan J. Pakula's The Pelican Brief, Sidney Lumet's A Stranger Among Us, and Larry Fessendon's Wendigo. His first job was in Oliver Stone's Born on the 4th of July. Most recently, he can be seen in Learning to Drive opposite Patricia Clarkson as well as Terrence Malick's Song to Song.He was a series regular on Mind of the Married Man (HBO), American Gothic (CBS), Something Wilder (CBS), starring Gene Wilder, and, for 7 years, Medium (NBC), starring Patricia Arquette. Jake recurred in 2 seasons of Hell on Wheels, and guested in Joe Swanberg's Easy for Netflix as well as Secrets and Lies on ABC. Most recently, he has a series regular on Homeland.A theatre veteran, he has appeared extensively on and off Broadway and regionally at Williamstown Theatre Festival and Arena Stage.He attended Juilliard in New York City, A.S. Neil's Summerhill School in England, Middlebury College in Vermont, where he studied English and Political Science, and The Moscow Art Theatre in the then Soviet Union.He was born in London. Weber has one son, Waylon, born in 2006. In 2017, he married his longtime partner, Korri Culbertson Weber.