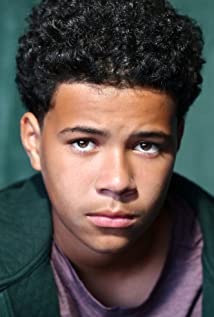 Born in Boston, Jalon Christian will forever be an avid Celtics, Patriots, Red Sox Fan.Now residing in Los Angeles, he brought his competitive spirit with him. Playing quarterback, he brought his school's league to win multiple championships.After years of studying acting, his very first directors session was with Mr. Denzel Washington for the film "A Journal for Jordan."In the title role of Jordan, Jalon found an instant connection with the character. The struggle of a teen finding his own identity in a world where he is labeled as not quite white or black enough struck a cord in his heart. "I know it is my life's purpose to represent and tell stories that will inspire people to embrace all sides of who they are while not having to pick just one. The message of this film does just that."Playing the son of Michael B. Jordan and directed by Mr. Washington began his career on the highest note possible.He has continued working with his own personal superhero's. Next up he's with Dwayne Johnson in DC's "Black Adam."