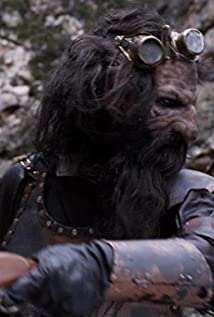 A SAG-Aftra eligible Actor, James started in film with Josh De'Horta on his independent productions, he then worked with the Sci-Fi Channel on the Original Film "Ice Spiders", as well as working with Jeff Kanew's National Lampoon film "The Legend of Awesomest Maximus", on to other features like "The Christmas Dragon", and the shows "Mythica", "Mysteries of the Outdoors" and "The Outpost".James has also worked as a voice-over Actor for several business's such as Sotheby's, Das Energi, LeaveMeOnHold.com and Gym Gods.A commercial and creative model James has traveled extensively to several countries, he has done commercial projects for the likes of the "Squatty Potty; Unicorn", Purple Mattress, FilmQuest, ProAiir, Beyond Wonderland, The Market NYC, Knott's Scary Farm, as well as IStock photography, Getty images, also Lady Gaga's Monsters Ball, among others. James has been published on the cover, and also featured, in several magazines, including: Elegant Magazine, Dark Beauty Magazine, Adobe Photoshop user, and Catalyst. He has also been featured in editorials, book covers, and other published works.He was involved with other personal creative productions while he Studied in the Actor Training Program of the University of Utah, James performed on both the Studio 115 and Babcock stages in such performances as Three Sisters, Angels in America, Richard III, and The Heidi Chronicles. While studying for his BFA James worked for the nationally renowned Rocky Point Haunted House as a lead actor to become Rooky of the Year and the closing years Actor of the Year. He then was invited to the AMTC convention to perform as a commercial actor.

Kiss the Devil in the Dark

Mythica: A Quest for Heroes

The Legend of Awesomest Maximus