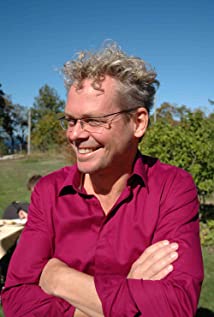 James Dunnison's feature debut was the comedy/fantasy/thriller Stuff, which enjoyed international critical acclaim, including the Los Angeles Times calling it "Consistently inspired and hilarious," the Montreal Gazette saying "This film is to Canadian cinema what punk is to rock 'n' roll," and the Globe and Mail calling it "Buzz film of the year... Laugh out loud funny, sweet and inventive." Dunnison also directed the TV pilot and six additional episodes of Todd and the Book of Pure Evil, 14 episodes of HBO Canada's critical darling Less Than Kind and eight episodes of the SyFy/Space series Bitten. His other TV directing credits include Carter, The Listener, Lost Girl, Seed, Arctic Air, Blood Ties, Whistler, Godiva's and Robson Arms. He has won numerous national and international awards for directing both drama and comedy, and has two TV series and one feature film in development.

Todd and the Book of Pure Evil