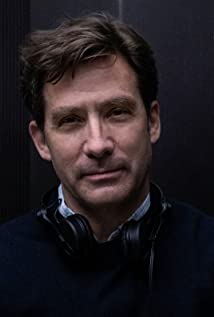 James Hawes is one of just three directors to have helmed multiple episodes for the multi-Emmy and BAFTA winning series, 'Black Mirror', directing the feature-length finales in both the 2016 and 2018 seasons, with 'Hated in the Nation' and 'Smithereens'.Winning his first BAFTA nomination in 2010 for his TV movie 'Enid', which won BAFTA and Emmy nominations for his cast, James won The Royal Television Society award for best TV movie in 2015 for The Challenger Disaster. In 2019, James completed work as lead and producing director on TNT's Snowpiercer, a global hit for Netflix. Snowpiercer is the fifth of six shows James has piloted that have gone on to multiple seasons. Others include highly acclaimed period drama, 'The Mill', for Channel Four and family fantasy series, 'Merlin' which ran five seasons. James also launched actor David Tennant as the 10th 'Doctor Who', directing the first ever Christmas Special of that show.

The Suspicions of Mr Whicher