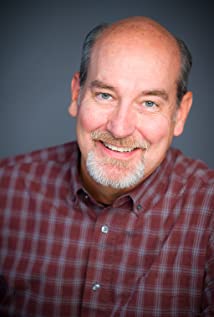 James Healy Jr. was born on in San Antonio. His father was the co-owner of a Sales Rep company and his mother worked for Former Mayor and State Congressman Tommy Vandergriff at the family owned car dealership. James began his acting career at the age of 15 doing local theatre and obtaining his first Theatrical Agent. He qualified to join the Screen Actors Guild with his one liner on the "who shot Jr" episode of Dallas. His first "one line" speaking role in a film was with Joanne Woodward in "Crisis at Central High"A theatre major in college, James fell in love with Claire Barney-Healy, who he has been married to since June of 1984. They had one son, James Healy III, who was born in 1986 but passed away shortly after his birth.James went to work for the Grand Prairie Police Department in 1983 and worked as a patrol officer, was promoted to Detective and was also on the SWAT Team. In 1993 he was assigned as a patrol Sergeant. He later worked for the Kennedale Police Dept as the Administrative Supervisor.In 1995 James and his wife went to Los Angeles where he worked on a regular basis booking his first few jobs shortly after arrival: an ABC after school special and a small role on News Radio, where he was lucky to have met and worked with Phil Hartman. Other LA credits included Guest Roles on Will & Grace, Judging Amy and a recurring role on Even Stevens starring Shia Labeouf.In 2002 James and Claire moved back to Arlington Texas and He went back to work in Law Enforcement. In 2006 James went to Afghanistan for a year working for the Dept of State, hired to train Afghan Police Command Staff and Officers after the war.In 2008 James became the Chief of Police for the Godley Tx. police Dept. subsequently retiring from Law Enforcement in 2015.James, who has a master's degree in Criminal Justice, was an adjunct professor at the University of Texas at Arlington as well as an Instructor for the Regional Police Academy at the Council of Government's in Arlington Texas and the Fort Bend County Texas, Sheriff's Department from 2012 to 2015.Since retiring James has gone back into acting full time! He coaches and tapes other actors for their auditions as well as his own and is available to Edit Demo Reels too.With a house in TX and apartments in LA, NY and Atlanta and agents in each major market, James spends a lot of time on the road. Recent Bookings include Law and Order SVU, Leverage (reboot), Billions, Manhunt and films Emergency, Christmas Love Tree, A Fall From Grace, and ReaganJames and Claire have one daughter, Virginia (Jenny) Rose Healy, born in 2003.

A Fall from Grace

The Standoff at Sparrow Creek