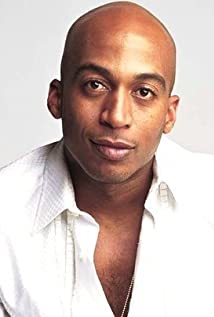 Born and raised in Los Angeles, Lesure served in the Air Force Academy before attending the University of Southern California, where he received his bachelor's degree in theater. During his time at USC, he also studied abroad at the University of Kent in Canterbury, England. While there, he performed in the productions Hair and The Island. In addition, he was able to fulfill a life long dream - becoming an amateur boxer. Lesure has also worked in a professional theater company in Los Angeles, where he played the role of Macduff in William Shakespeare's Macbeth.Lesure made his series debut on the comedy For Your Love, co-starring actress Holly Robinson-Peete. He has also appeared in recurring roles on the series The New Adventures of Old Christine, Lipstick Jungle, The Division and Alias. His other television credits include guest-starring roles on Lost, Sherri and Seinfeld. He also gave a memorable performance as a resolute military officer on the acclaimed series Studio 60 on the Sunset Strip.On the big screen, Lesure has appeared in various independent films, as well as such high-profile features as The Ring 2, starring Naomi Watts; Our Family Wedding, alongside America Ferrera; and Crimson Tide, starring Denzel Washington and Gene Hackman.Lesure earned a 2006 MIB Prism Award for Outstanding Male Actor in a TV Drama for his work in Las Vegas. A sports enthusiast, he has twice been named MVP of the Basketball Entertainment League. Noted for his charity work, Lesure is the recipient of the Celebrity Honoree and Distinguished Support Awards from the Sickle Cell Disease Foundation.He resides in Los Angeles, CA.