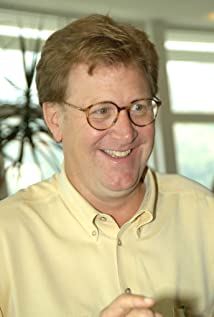 Widdoes starred as senior student and Fraternity President "Robert Hoover", alongside John Belushi, in the 1978 film, National Lampoon's National Lampoon's Animal House (1978), as well as the 1979 TV series spin-off, Delta House (1979). He has guest-starred in many TV series episodes since then, including Remington Steele (1982), Night Court (1984), Dave's World (1993) and My Wife and Kids (2001). Widdoes starred as father of the house "Stan Pembroke" in the 1984-1985 seasons of Charles in Charge (1984).Since 1998, he has directed and/or produced many episodes for various TV series. Some of these include Just the Ten of Us (1987), Empty Nest (1988), Anything But Love (1989), Harry and the Hendersons (1991), Boston Common (1996), Brother's Keeper (1998), Reba (2001), 8 Simple Rules (2002), The King of Queens (1998), 'Til Death (2006), The Bill Engvall Show (2007) and Two and a Half Men (2003).Widdoes graduated from The Loomis Chaffee School in Windsor, Connecticut in 1972, and, today, sits on its Board of Trustees. He began his acting career during college, starring in a production of "The New Amen Show" at the Diners Playhouse in Lexington, Kentucky in 1974. He next attended New York University's Tisch School of Arts, graduating in 1976 with a Bachelor of Fine Arts degree. While in New York, he roomed with such soon-to-be famous actors as Michael O'Keefe, from Caddyshack (1980) and The Great Santini (1979). He then began performing on New York stages in productions such as the 1977 Equity Library Theatre revival of "Wonderful Town" and the 1982 Broadway musical, "Is There Life After High School?", for which he won a Theatre World Award.In addition to being on The Loomis Chaffee School's board, Widdoes is also active in many other community-oriented programs. He sits on the Board of Directors for the Turning Point School; and has been on the Board of Trustees for the California Association of Independent Schools; the Board of Directors/Executive Committee for Camp Dudley-YMCA; and the Executive Advisory Board of The Gordie Foundation, a non-profit organization based in Dallas, Texas that "[provides] today's young people with the skills to navigate the dangers of alcohol, binge drinking, peer pressure and hazing". The organization was founded in memory of Lynn Gordon Bailey Jr.Widdoes is married to Brooks Hendrie, and has two sons, Charles Landauer and Sumner Dickinson, and a daughter, Margaret Hendrie.

Two and a Half Men