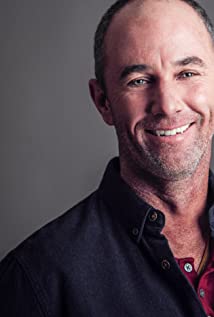 Jamie McShane was born and raised in Northern New Jersey with his four siblings.He loved playing sports, especially ice hockey. He also loved TV and movies and was drawn to the talents of Gene Hackman, Steve McQueen, Alan Alda, Clint Eastwood, and Spencer Tracy. Jamie dreamed that he would play hockey in the Olympics, turn pro, and someone would come along and say, "Hey kid, we need you in a movie." But reality knocked that dream out, literally, when Jamie suffered a severe head injury in school which ended his hockey career. Never one to give up, he eventually took up tennis and went on to become a tennis instructor.Jamie got his BA in English at the University of Richmond and then worked three jobs until he saved enough money to backpack around the world. He traveled extensively throughout Europe, Asia, Australia and New Zealand. For the decade following his return, he would stumble all over New York City doing play after play, extra work, stand-in work, commercials, eventually landing roles in Indie films and small bits on Soap Operas. During this time Jamie got his black-belt in Tae Kwon Do, wrote a book of poetry and some children's stories, and worked full-time in his family's business selling and fixing microscopes.Jamie packed his truck and drove out to L.A. to pursue TV and Film. His early breaks included roles in NYPD Blue, CSI, and the Pilots of Philly and Deadwood. He won a Best Actor Award at the 2002 Palm Springs International Festival of Short Films for his lead role in the AFI film, Fine. Fine went on to win an Academy Award for Best Student Film. Since 2001, Jamie has appeared in over 100 episodes of television, and has had roles in many films including Gone Girl, Argo, Nightcrawler, the Avengers, Thor, Hostage, Gridiron Gang, and Pride and Glory. He's had Recurring Roles on Murder in the First, Scorpion, The Fosters, and has been widely recognized for his portrayals as the emotionally driven Irish Gunrunner, Cameron Hayes, in Sons of Anarchy, and the compassionate LAPD Squad Sergeant Terence Hill, in the critically acclaimed drama, Southland. Jamie is currently most known for playing Eric O'Bannon in Bloodline.Jamie loves being the Dad to his two boys, Luke and Liam.

Gone Are the Days