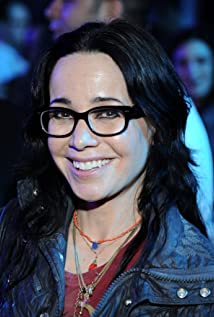 Janeane, the petite woman with the acerbic wit, was born in Newton, New Jersey, in 1964, to Joan, a secretary, and Carmine Garofalo, an Exxon executive. She is of Italian and Irish descent. Janeane had many jobs before breaking into show biz. She worked as a bike messenger, a shoe saleswoman, waitress and temp secretary. Watching David Letterman on TV inspired her to write comedy, and by 1985 she was doing stand up comedy. As such, Janeane has become a cult figure, giving a voice to a generation, venting her frustration at T.V., romance, life in general and anything that ticks her off in particular. Janeane did sketches on The Ben Stiller Show (1992) (an Emmy-winning, but canceled show). She would continue to collaborate with Ben Stiller in future projects. Janeane received 2 Emmy nominations for her work on The Larry Sanders Show (1992), developing her signature character: a smart, cynical woman with a razor wit. She was not happy with her Saturday Night Live (1975) stint in 1994, and was vocal about it (of course). Transferring her persona from TV to the big screen, she moved on to movies, basically playing the character she had defined for herself. In Romy and Michele's High School Reunion (1997) she portrayed a smart, cynical, successful businesswomen with a razor wit, and this time with swear words (in the movie she had developed a brand of cigarettes with fast-burning paper, for the gal on the go; in real life it is alleged she smokes Marlboros). Janeane continues to work in TV and movies, often collaborating with Ben Stiller in a number of movies like Mystery Men (1999), his easygoing style being a counterpoint to her caustic nature.

Come As You Are

Hurricane Bianca: From Russia with Hate

A Bread Factory, Part One