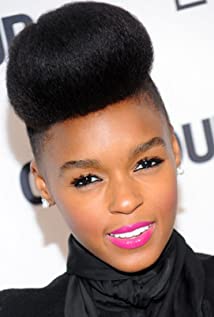 Janelle Monáe is an American musical recording artist, actress and model signed to her own imprint, Wondaland Arts Society, and Atlantic Records.She was born in Kansas City, Kansas, to Janet, a janitor, and Michael Robinson Summers, a truck driver. In 2010, Monáe released her first full-length studio album, The ArchAndroid. In March 2012, "We Are Young" by Fun., on which Monáe appears as a guest vocalist, reached number 1 on the Billboard Hot 100 chart, her first appearance in the US Top 10. Monáe's music has garnered her six Grammy Award nominations.She has excelled at film acting and picking roles, having had major parts in Moonlight (2016), Hidden Figures (2016), Lady and the Tramp (2019) and Harriet (2019). In 2020, she will play the lead in the horror film Antebellum (2020).