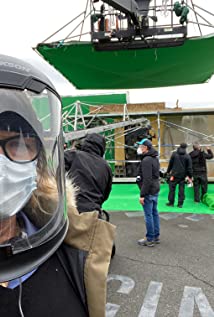 Jann Turner is a Film and TV director known for the features WHITE WEDDING and PARADISE STOP. She lives in Los Angeles.Turner has directed episodes of The Last Ship, Scandal, The Catch, Chicago Fire, Greys Anatomy, How To Get Away With Murder, Jane The Virgin, Grace and Frankie, Chicago PD, Chicago Med, Hard Copy, Isidingo, Zero Tolerance, Mzansi, Complications, The Fosters, Castle, Scorpion, Alpha House, Satisfaction, The Divide, Teen Wolf, The Neighbors, Save Me, The Big C, The Carrie Diaries and Emily Owens MD.Turner was also an on-air producer for SABC TV's Truth Commission Special Report and she has made documentaries for Channel 4UK and eTV South Africa.A graduate of Oxford University and NYU's Tisch School of the Arts, her first job in the film business was in 1988 as the receptionist for Working Title Films in London. She has been a runner, an assistant editor and a sound editor. She is also the author of the books Home Is Where You Find It, Heartland and Southern Cross.She is repped by CAA, Synchronicity Management and Gang Tyre Ramer & Brown.