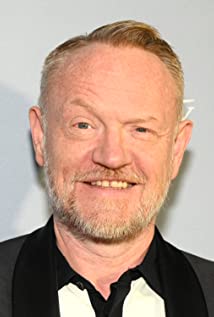 Jared Francis Harris was born in London, England. He is the son of Irish actor Richard Harris and Welsh actress Elizabeth Harris (Elizabeth Rees), and brother of Damian Harris and Jamie Harris. Despite his lineage, Jared showed little interest in becoming an actor, until he was cast in a college production while attending North Carolina's Duke University (USA), where he studied drama and literature, in the early 1980s.After graduation, Jared returned to the UK where he attended Central School of Speech and Drama and then joined the Royal Shakespeare Company, performing in Mark Rylance's "Hamlet", "Romeo & Juliet", "The Silent Woman" and "A Clockwork Orange". In 1989, he had his screen debut in The Rachel Papers (1989).In 1990, while on vacation in New York, Jared auditioned for the role of Hotspur in "Henry IV, Part 1", which he played at the New York Shakespeare Festival following his brilliant course as an excellent theater artist in the off-Broadway play "Ecstasy", for which he was honored with an Obie Award in 1992.Widely regarded as the one of greatest stage and screen actors both in his native Great Britain and internationally, from his breakthrough role as Andy Warhol in I Shot Andy Warhol (1996) and VH1's Two of Us (2000) where he portrayed John Lennon to Sherlock Holmes: A Game of Shadows (2011) and Lincoln (2012), Jared Harris expressed his unparalleled qualities as a sublime "chameleon" in a wide range of roles full of profoundness, intelligence and insights through his praised performances, among others, in The Last of the Mohicans (1992), Natural Born Killers (1994), Smoke (1995), Happiness (1998), How to Kill Your Neighbor's Dog (2000), Igby Goes Down (2002), B. Monkey (1998), Shadow Magic (2000), Mr. Deeds (2002), Resident Evil: Apocalypse (2004) and The Curious Case of Benjamin Button (2008).His tour-de-force mesmerizing, staggering and fascinating interpretations of substantial mastery, subtlety, charisma and generosity also include some of his finest precious gems on TV such as in The Other Boleyn Girl (2003), The Riches (2007), Fringe (2008), Mad Men (2007), The Crown (2016), The Terror (2018) and Chernobyl (2019).Jared is married to Allegra Riggio, lauded intelligent lighting designer and accidental comedian.

The Beast Must Die

I Don't Want to Be Your Love