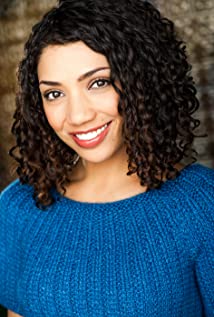 Jasika Nicole grew up in Birmingham, AL and studied musical theatre, dance and studio art at Catawba College in Salisbury, NC before moving to NYC to work in theatre. There she performed in Off and Off-Off Broadway musicals and plays before starting her career in TV and film. Identifying as a queer, biracial and black woman, Nicole has been with her wife, Claire Savage, since 2006 and has most recently voiced the role of the queer, WOC narrator, Keisha Taylor, in the cult favorite Night Vale Presents podcast 'Alice Isn't Dead'. Outside of TV and film, Nicole is an avid craftsperson, penning essays and blog posts about intersectional feminism in the crafting world. She sews her own clothes, makes shoes, builds and reupholsters furniture, and draws and writes her own web comics.

She's Out of My League