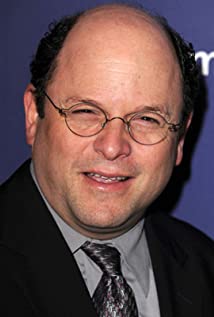 Jay Scott Greenspan, known professionally as Jason Alexander, is an American actor, comedian, film director, and television presenter. An Emmy and Tony winner, he is best known for his role as George Costanza in the television series Seinfeld (1989-1998), for which he was nominated for seven consecutive Primetime Emmy Awards and four Golden Globe Awards. His other well-known roles include Phillip Stuckey in the film Pretty Woman (1990), comic relief gargoyle Hugo in the Disney animated feature The Hunchback of Notre Dame (1996), and the title character in the animated series Duckman (1994-1997). He has also made guest appearances on shows such as Dream On (1994), Curb Your Enthusiasm (2001, 2009), and The Marvelous Mrs. Maisel (2019). For his role in Dream On, he was nominated for a Primetime Emmy Award for Outstanding Guest Actor in a Comedy Series. He won the Daytime Emmy Award for Outstanding Original Song in 2020 for "The Bad Guys?" on Brainwashed By Toons.

Bucky and the Squirrels

The Truth Is in the Stars

Ülke: Kanada
Aka: The Truth Is in the Stars
Tür: Belgesel
Yönetmen: J. Craig Thompson,
Oyuncular: