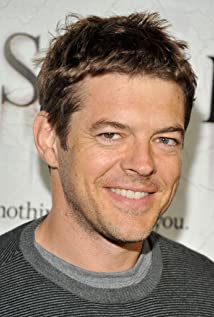 Emmy award winning producer, Jason Blum is the founder and CEO of Blumhouse Productions, a multi-media production company that has pioneered a new model of studio filmmaking- producing high-quality micro-budget films. Blumhouse has a first-look deal with Universal Pictures and has produced the highly-profitable Paranormal Activity, The Purge, Insidious, and Sinister franchises which have grossed more than $1.2 billion worldwide on combined budgets under $40 million. Blumhouse's model began with the original Paranormal Activity, which was made for $15,000 and grossed close to $200 million worldwide, making it the most profitable film in Hollywood history.Blumhouse's award-winning projects include The Normal Heart and Whiplash. BH Tilt is a new label from the company dedicated to movies from Blumhouse and other filmmakers that will be released across multiple-platforms taking advantage of new distribution strategies.In television, Blum won an Emmy for producing HBO's The Normal Heart. Blumhouse's shows include Ascension (Syfy), Eye Candy (MTV), and South of Hell (WEtv) and the division's development slate includes Gillian Flynn's Sharp Objects with eOne and an un-scripted show with Mike Darnell. In addition to The Normal Heart, Blumhouse previously executive produced Stranded for Syfy and The River for ABC.Blumhouse has also produced a variety of live-events including The Blumhouse of Horrors, haunted house experience in the heart of downtown Los Angeles, The Purge: Fear the Night, a live-event inspired by the backstory to the feature film and The Purge: Breakout, an immersive escape game experience.Before Blumhouse, Blum served as co-head of the Acquisitions and Co-Productions department at Miramax Films in New York. At Miramax, he was instrumental in acquiring over 50 films including The Others, Smoke Signals, A Walk On the Moon and The House of Yes.Blum has produced over 75 films and TV series throughout his career. His credits also include: The Reader, for which Kate Winslet won an Academy Award; Hysterical Blindness, starring Uma Thurman, which aired on HBO and garnered Thurman a Golden Globe Award; and Hamlet starring Ethan Hawke, Bill Murray, Sam Shepard and Kyle MacLachlan.Blum began his career as the producing director of the Malaparte theater company, which was founded by Ethan Hawke.

A Wilderness of Error

You Should Have Left