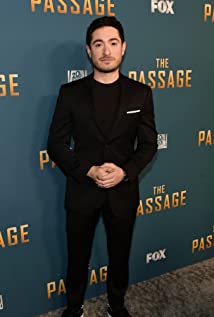 Actor, writer. New York City native Jason Fuchs has been acting since the age of 7 when he appeared at Lincoln Center in the play "Abe Lincoln in Illinois" with Sam Waterston. In 1996, Jason made his feature film debut as Marvin in "Flipper" opposite Elijah Wood and Paul Hogan. Back on stage, Jason originated the role of Jonathan the "turkey boy" in Madison Square Garden's musical production of "A Christmas Carol", a role he reprised for the first three seasons of the show's run. In 1999, he was nominated for a Young Artist Award for his performance in the feature film comedy "Jane Austen's Mafia!". Jason was next seen in a leading role opposite Ben Kingsley in the family film "Spooky House".Jason has also been seen in a number of guest-starring roles on TV, including episodes of "Cosby", "The Sopranos", "The Beat", "Law & Order: Criminal Intent", and "Ed". He received his second Young Artist Award nomination for his guest starring role on an episode of "Law & Order: SVU" in 2003.On stage, Jason originated the role of JoJo in the initial New York reading and subsequent Toronto workshop of "Seussical the Musical". In 2004, Jason performed in the Atlantic Theater Company's production of the Howard Korder play "Sea of Tranquility". In 2005, Jason starred on-stage in the off-Broadway rock musical "Gorilla Man" from OBIE-award winning playwright Kyle Jarrow. Jason and the cast of "Gorilla Man" were invited to and performed at the 2005 OBIE Awards in New York City.Most recently, Jason wrote, produced and starred in the 2006 short film "Pitch". The film made its premiere at the 2006 Cannes Film Festival.