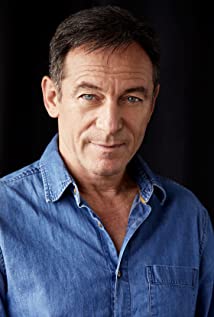 Jason Isaacs was born in Liverpool. He studied law at Bristol University but fell in love with the theatre and directed, produced and appeared in dozens of productions there, at the National Student Theatre Festival and at the Edinburgh Festival. He graduated in 1985 but then attended the Royal Central School of Speech and Drama and began working in 1988.Jason's notable roles include Lucius Malfoy in the Harry Potter films, Mr. Darling/Captain Hook in Peter Pan (2003), and many soldiers: Col. William Tavington in Roland Emmerich's The Patriot (2000), Captain Steele in Ridley Scott's Blackhawk Down, Major Briggs in Paul Greengrass's Green Zone, Captain Waggoner in Fury, Captain Lorca in Star Trek: Discovery, Field Marshall Zhukov in Armando Iannucci's The Death of Stalin and Rear-Admiral Godfrey in John Madden's Operation Mincemeat. He was Hap in the cult series The OA, Maurice in the WW2 film Good (2008) and Jay in the multi-award winning MASS. He has made many TV series in Britain and the US and has won or been nominated for a Golden Globe, International Emmy, BAFTA, Critics Choice, Peabody, Satellite and many other awards.On stage he was Louis Ironson in the original productions of Angels in America parts 1 and 2 for the Royal National Theatre and has performed at the Royal Court, Almeida and West End Theatres.Jason is married to documentary filmmaker Emma Hewitt, who he met at drama school and with whom he has two children.