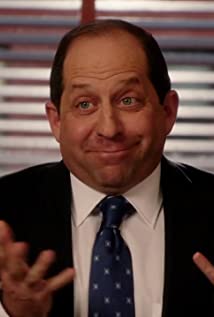 Jason began his career in Washington, DC, at age 13, playing Lolo in the short-lived but highly acclaimed PBS series Powerhouse (1982). Several years later, after graduating from the University of Maryland, he found a home in the Washington, DC, theater community, where he became a well-known presence at theaters such as the Round House Theater, the Shakespeare Theater, and the Woolly Mammoth Theater Company (of which he is still a member).Upon moving to New York City, Jason began working with the writer-performer collective known as Rumble in the Red Room. There, alongside fellow writer-performer Joel Jones, he developed the material for "Making Faces," which would eventually go on to win Best Sketch Show at 1999's U.S. Comedy Festival in Aspen, Co.This prompted him to move to Los Angeles, where he soon landed a guest-star spot on David Kelley's The Practice (1997). This role would eventually grow and, by the beginning of the fifth season, his character, A.D.A Richard Bay, would be a regular on the show. (The character would eventually meet his demise in a hail of bullets on the show's 100th episode.)After several more busy years of television and film work, Jason would eventually move back to New York, although he remained busy on both coasts as both an actor and a writer. Along with continuing work in TV and film, he has appeared on the Broadway stage in "Relatively Speaking," "The Drowsy Chaperone," and "Sly Fox." His series of short films about fatherhood, "Lords of the Playground," was recently in development with CBS.Jason Kravits is probably best known for his work on television dramas such as "The Practice" and the Law & Order (1990) franchises. He has found just as much success in comedy, however, from his award-winning original sketch show "Making Faces" to noted roles on Everybody Loves Raymond (1996) and Curb Your Enthusiasm (2000). As of fall 2011, he appeared on Broadway in "Relatively Speaking," a night of one-act plays by _Ethan Coen, Elaine May, and Woody Allen.