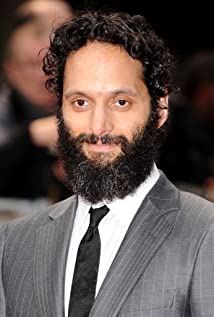 Jason Mantzoukas is an American actor, comedian, writer and pod-caster. He is best known for his recurring role as Rafi in the FX comedy series The League, and as one of the three co-hosts of the podcast How Did This Get Made? alongside Paul Scheer and June Diane Raphael. After beginning his career as an improvise comedian, he has played several comedic roles in film and television. He appeared in the films The Dictator, The Long Dumb Road, Sleeping with Other People, They Came Together, Conception, and John Wick: Chapter 3. He has had recurring roles on three TV series created by Michael Schur: Parks and Recreation (as Dennis Feinstein), Brooklyn Nine-Nine (as Adrian Pimento), and The Good Place (as Derek Hofstetler). He voices the characters Jay Bilzerian in the Netflix animated series Big Mouth, Alex Dorpenberger in the HBO Max animated series Close Enough, Rex Splode in the Amazon Prime animated action series Invincible, and Jankom Pog in the Paramount+ animated series Star Trek: Prodigy.