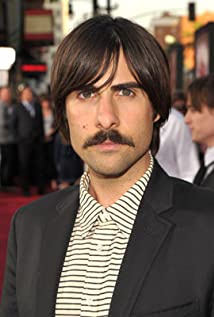 Jason Francesco Schwartzman is an American actor and musician. Schwartzman made his film debut in Wes Anderson's 1998 film Rushmore, and has gone on to appear in six other Anderson films: The Darjeeling Limited (2007), Fantastic Mr. Fox (2009), Moonrise Kingdom (2012), The Grand Budapest Hotel (2014), Isle of Dogs (2018), and The French Dispatch (2021). His other film roles include Spun (2003), I Heart Huckabees (2004), Marie Antoinette (2006), and Klaus (2019). Schwartzman starred in the television series Bored to Death (2009-11) and appeared in the fourth season of the FX anthology series Fargo (2020). He was an executive producer on the Amazon Prime show Mozart in the Jungle (2014-18), a series he also acted in. Schwartzman has released three albums through his solo project Coconut Records, having previously been drummer in the rock band Phantom Planet.

The Hunger Games: The Ballad of Songbirds and Snakes

Spider-Man: Across the Spider-Verse

I Love That for You