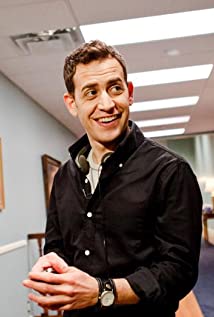 Jason Winer is a graduate of Northwestern University and an alumnus of the Improv Olympic Theatre. He began his career as an actor, improvisor, and photographer before making the transition to directing with the short film "The Adventures of Big Handsome Guy and His Little Friend" in 2004.Jason Winer received the 2010 Directors Guild of America (DGA) Award for Outstanding Direction of a Comedy Series for the ABC pilot "Modern Family" and was recently named one of Variety's 2011 "10 Directors to Watch." The Baltimore native made his feature directorial debut with "Arthur," starring Russel Brand and Helen Mirren. In 2010, Winer also received an Emmy as a producer for Outstanding Comedy Series as well as a nomination for Outstanding Directing for a Comedy Series for the ABC pilot "Modern Family." He served as the producing director on the show's first season, directing thirteen of the twenty-four episodes which ultimately won the Emmy for Best Comedy Series in 2010. His other television credits include writing and directing several highly regarded pilots for CBS, FOX and ABC, including "Giants of Radio," "Sluts," "This Might Hurt" and the upcoming "Apt. 23." Currently he is directing season three of Modern Family, episodes of "The New Girl" and developing pilots for ABC and NBC.