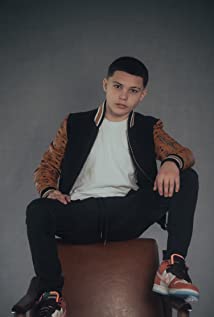 Javon 'Wanna' Walton, is one of four children born to DJ and Jessica Walton. Wanna was discovered on social media in 2017 by Steve Harvey and appeared on the syndicated daily talk show, STEVE. He made his acting debut in 2019 as "Ashtray" in HBO's critically acclaimed, audience favorite, Euphoria.Wanna stars in Utopia, Amazon's adaption of the popular British television series, opposite Sasha Lane and John Cusack. Next up for Wanna is Euphoria season 2, MGM's animated The Addams Family 2, for which Walton will voice "Pugsley" and the highly anticipated superhero thriller "Samaritan", where Wanna will star as Sam Cleary opposite of Sylvester Stallone.Boxing since the age of four, Walton is a five-time Georgia State Champion and four-time USA Boxing South East Regional Champion. The athlete/actor holds similarly impressive titles in gymnastics. Walton is the youngest athlete tapped by Under Armour to represent the iconic brand. At age 8 he was identified by Under Armour as one of only seven athletes to be crowned NEXT. Wanna was featured in the advertising campaign for the Muhammed Ali Collection in 2018 and was prominently highlighted in UA's Will Finds A Way campaign along Dwayne "The Rock" Johnson.Walton resides and trains in Atlanta, GA with his family.