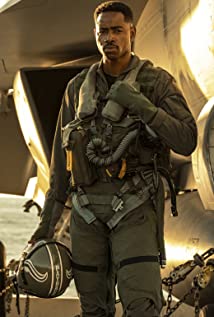 Jay Ellis is a television and film actor, philanthropist, and entrepreneur. Born in Sumter, South Carolina, Ellis spent the majority of his childhood traveling with his military family. His father completed over 15 years of service in the Air Force while his mother was an accomplished finance executive and former board member of the Consumer Advisory Council for the Federal.Jay graduated Suma Cum Laude at Concordia University in Portland, Oregon where he also played basketball and held the position of student body president. Ellis interned briefly with the Portland Trailblazers and also joined AmeriCorps to provide care and resources to disadvantaged students of Portland.Ellis made the move to Los Angeles to pursue his passion for acting before landing his first role on the BET series The Game, which ran for 147 episodes. Over the years Ellis has been featured on critically acclaimed series Masters of Sex, Grace and Frankie, How I Met Your Mother, Grey's Anatomy, and NCIS.Ellis lives in Los Angeles, CA and can be seen on the HBO comedy series Insecure.

A Boy. A Girl. A Dream: Love on Election Night