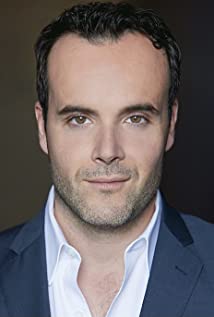 Jean-Michel Le Gal is a French-Canadian film, television and stage actor. With extensive training in classical theatre and on-camera, Jean-Michel has distinguished himself, in English and French, on stage across Canada and on screens around the world.Favorite stage roles at the Stratford Festival include: Ferdinand in The Tempest, Silvius in As You Like It, Lorenzo in Merchant of Venice and Garry in Noises Off, for which he received the prestigious John Hirsch Award.Also accomplished in French theatre, Jean-Michel has played Pierrot in Dom Juan at Montreal's renown Théâtre du Nouveau Monde, Juste Leblanc in Veber's Dîner de cons and Horace in Molière's L'école des femmes at Théâtre français de Toronto.Jean-Michel is also a playwright and theatre maker, his creations aim to combat the harmful effects of technology and strengthen young hearts and minds.

Foxfire: Confessions of a Girl Gang