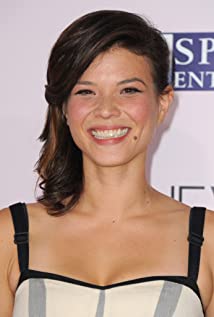 Jeananne Goossen is a dual citizen of the US and Canada, raised in Toronto, New York and various cities in Japan.Her mother, Tam Goossen, is from Hong Kong and became an activist and municipally elected official in education after immigrating to Toronto. Her father, Ted Goossen, from Manhattan, NY, is a professor of Japanese literature and film, and a renowned translator of Japanese fiction (including the works of Haruki Murakami).In Toronto Jeananne attended bilingual programs in French, and Japanese language schools in Japan. She spent most of her childhood in the eclectic Toronto area of Kensington Market/Chinatown.Jeananne turned down opportunities to play college basketball and volleyball to spend time traveling, and to focus on Biochemistry, her major at McGill University in Montreal. Her original sights were on becoming a gynecologist, but she was drawn to the performing arts, and left Montreal to attend York University's prestigious program for a brief period before booking her first role.The roles of Sonia in The Vow, Tomoe Gozen in SyFy's Riverworld, Courtney True on ABC family's Falcon Beach, and Nula, in her film debut opposite Tom Cavanaugh in the TIFF film Breakfast With Scot, garnered her enough buzz to make the move from Toronto to Los Angeles.In her first year in LA, she guest starred in a half dozen shows, most notably Nikki in JJ Abram's Alcatraz, and landed the lead role of Jennifer Mason opposite Kevin Bacon in the pilot of The Following. A few months later, Jeananne booked the role of Krista Bell-Hart on the NBC show The Night Shift.Since then she has made appearances in shows ranging from The Walking Dead, to Nashville, to Criminal Minds.Jeananne speaks Japanese, French and some Cantonese and Mandarin. She plays guitar and piano and has always been a singer, which led to her role Vita, on Nashville, where she recorded 2 songs available on iTunes.