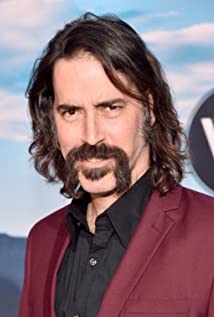 A native of Chicago, Jeff Daniel Phillips' artistic pursuits began with his studies of Fine Arts abroad in Italy and evolved into filmmaking at the University of Southern California where he received degrees in both. After graduation, he developed a career both behind and in front of the camera. Jeff has over ten years experience working as a production designer, art director and propmaster for film, television, music videos, commercials and print ads. During his studies, Jeff developed a love of acting beginning with roles on stage in productions stateside and in Europe. His theatre work evolved into television roles, most recently landing recurring roles for two seasons on the Marvel series The Gifted for FOX, Westworld, produced by J.J. Abrams for HBO and TV dramedies Claws for TNT and Flaked for Netflix. Also on television, Jeff originated the Geico Caveman character and was spokesman for eight years. During the popular, award-winning campaign he appeared in commercials, print, their website and in the ABC sitcom titled Cavemen. Filmwise, Jeff has had supporting roles in such classics as Robert Redford's Sneakers and David Fincher's Zodiac. More recently he has upcoming leading roles in Becoming also starring Toby Kebbell, Penelope Mitchell and Jason Patric and the much anticipated Rob Zombie feature film Three From Hell, a sequel to Zombie's cult classic The Devil's Rejects. This will be Jeff's fourth feature collaboration with the horror legend acting in Halloween II, The Lords of Salem and 31. Besides acting, Jeff is in the process of developing and writing a Sci-Fi Fantasy series and also an Action-Horror, a Thriller and Heist feature films.