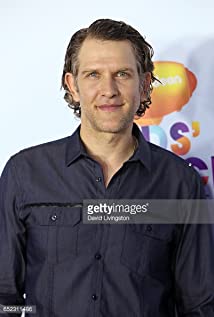 Jeffrey Nicholas Brown is most known for his roles as "Jake Hart" on Nickelodeon's Henry Danger, "Corbett Stackhouse" on True Blood, and the voice of "Bronty" on Disney's Doc McStuffins. Jeffrey is also a Blue Man in the world famous Blue Man Group. He grew up in Evanston Il and started acting at a young age. His first professional job was in Steppenwolf's 1989 production of "The Grapes of Wrath". He went on to study at the Piven Theatre Workshop as well as The Second City, and then later joined their High School Touring Co. He went to The Theatre School at DePaul University to study acting after that. He lives in Los Angeles.

A Thousand Miles Behind