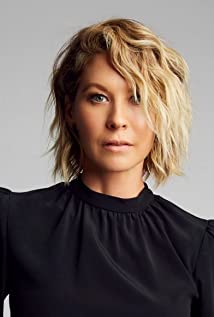 Jenna Elfman began her career as a professional dancer, appearing in music videos by Depeche Mode and Anthrax, and danced on the 1991 Academy Awards live broadcast, choreographed by Debbie Allen.She ultimately transitioned to acting, best known for her role as Dharma in the hit television series "Dharma and Greg," for which she garnered a Golden Globe Award, three Emmy Award nominations and two TV Guide Awards.Most recently on television, Elfman played Alice on ABC's comedy series "Imaginary Mary," which followed on the heels of "Growing Up Fisher" with J.K. Simmons, "1600 Penn" with Josh Gad, and critically-acclaimed guest appearances on "Shameless" and the final season of the award-winning drama "Damages," with Glenn Close and Rose Byrne.Other notable television credits include a guest appearance on "The Mindy Project," as well as appearances on "Two and a Half Men," "My Name is Earl," and "Royal Pains."She appeared in the hit comedy feature film Friends with Benefits, starring Justin Timberlake and Mila Kunis, and her film credits also include Keeping the Faith, opposite Ben Stiller and Edward Norton, the cult classic Can't Hardly Wait, Big Stone Gap alongside Ashley Judd, Patrick Wilson, and Whoopi Goldberg, and Ron Howard's Edtv, opposite Matthew McConaughey and Woody Harrelson.As a classically trained ballerina, Jenna has been invited twice to be a guest judge on the hit dance competition show "So You Think You Can Dance". She also proudly serves on the board of trustees of the Dizzy Feet Foundation (founded by producer Nigel Lythgoe and Adam Shankman), whose mission is to support, improve, and increase access to dance education in the United States.Jenna was born and raised in Los Angeles, where she lives with her husband, Bodhi Elfman, and their two young sons.She films a video podcast with her husband Bodhi called Kicking and Screaming in which they humorously discuss their 2+ year marriage together.