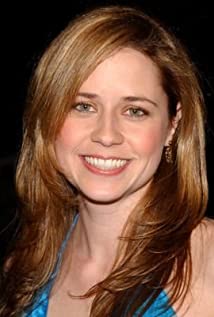 Emmy-nominated actress Jenna Fischer, known for playing the character of receptionist Pam Beesly in The Office (2005), was born Regina Marie Fischer on March 7, 1974 in Fort Wayne, Indiana. She is the daughter of Anne (Miller), a teacher, and James E. Fischer, a plastic engineer. Her ancestry includes German, Swiss, Scots-Irish, English, and Czech. Raised in St. Louis, Missouri, she studied theater arts at Truman State University. She made her debut as a professional actress in the 1998 film Born Champion (1998).Fischer wrote and directed the mockumentary LolliLove (2004), which starred her and her ex-husband, filmmaker James Gunn. The movie had its premiere in November 2004 at the St. Louis International Film Festival. In 2007, she was nominated as Outstanding Supporting Actress in a Comedy Series for her role of Pam in The Office (2005), losing out to Jaime Pressly in My Name Is Earl (2005).