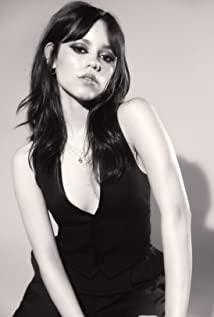 Jenna Marie Ortega was born on September 27, 2002, in Coachella Valley, California. Jenna began acting at the age of nine and has portrayed the role of Harley, a creative engineering prodigy navigating life as the middle child in a family of seven children, in "Stuck in the Middle," a Disney Channel series told from Harley's perspective.Ortega is known not only for her stellar performance in multiple Disney productions but for her roles in many award-winning movies and television series', such as her portrayal of Young Jane in The CW Television Network's iconic comedy-drama "Jane the Virgin," and Darcy in the 2015 Netflix sitcom, "Richie Rich." In 2020, she co-starred as Phoebe in the horror sequel The Babysitter: Killer Queen (2020). Restless in her profession, Jenna is accountable for more than 15 television staples and blockbuster films to date, commonly accepting lead roles.Daughter of mixed Mexican and Puerto Rican parents, Ortega makes it very clear to her audience that she is proud of her heritage and grateful for having the opportunity to share her culture with the world. In a 2016 Pop Sugar interview, Jenna conveys that succeeding in the American film industry as a Latina was an uphill battle, throttled by subjective casting and strict ethnic guidelines followed in the early 2000s. Despite this difficulty, Ortega did not let cultural barriers and prejudice hinder her progress as a rising star.Working with the most prestigious studios in the film industry, Jenna Ortega has achieved a high status in her profession and gilded her family name for generations to come.

The Little Rascals Save the Day