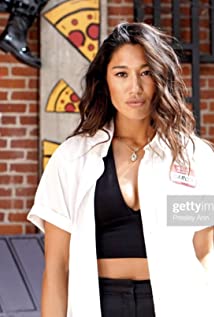 Jennifer Cheon Garcia was born in Vancouver, Canada and is of Mexican/Korean heritage. From a very young age, she showed great enthusiasm and talent for the arts, including Dance, Theatre, Music, Visual arts, Motion Capture, and Acting! Modelling jobs led to commercials and at the age of 19 she landed her first feature film role in Eve and The Fire Horse. Over the years this has lead to a steady stream of parts. Jennifer can be found playing the fan favorite character 'Ivory' in Syfy's Van Helsing. You can also find her in such productions as: The Layover, Colony and The 100, to name a few. This body of work culminated in 2016 when Jennifer won a Leo award for Best Actress for her part in the critically acclaimed web series The Drive. When she's not acting, Jennifer enjoys the outdoors, horse back riding, boxing, dance, yoga, and swimming. Her ultimate passion is for acting. She sees film and television not only as entertainment but also as a tool for people to understand more about themselves as well as each other.