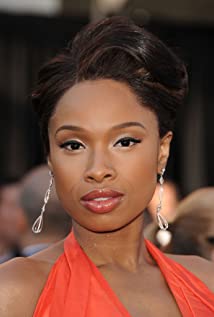 Jennifer Hudson is a Grammy Award-winning recording artist, Academy Award-winning actress and best-selling author. Bright and booming talent Hudson is a perfect example of how NOT winning the title of American Idol (2002) can actually be a boon to your career and not necessarily the end of a childhood dream.Hudson was born Jennifer Kate Hudson on September 12, 1981, in Chicago, Illinois, to Darnell Donerson and Samuel Simpson. She earned minor attention as one of the twelve finalists on the third season of the FOX TV series in 2004. She came in an underwhelming sixth runner-up. Hudson grew up singing in gospel choirs, acting in community theater productions, singing on cruise ships and touring for in Disney's Hercules: The Musical. With no formal musical training, her gospel-tinged voice initially pleased the panel of judges. The songs were arguably ill-advised but evidence of her greatness peeked through at times. She, Fantasia Barrino and La Toya London were promoted as the show's own version of the Dreamgirls and were expected to be the final three standing in the competition when Jennifer was unexpectedly cut from the pack. Fantasia won the competition and all the glory and the fame.Hudson appeared with the "American Idol" summer tour and performed on the road in concerts over the next two years. She auditioned for the coveted role of Effie Melody White, the cast-off member of a popular 60s Supremes-like girl group in the long-awaited film version of the Broadway musical Dreamgirls. Among Jennifer's competition was Fantasia herself. This time Jennifer was the winner, and was ordered to gain weight for the role. With the insurmountable task of taking over a role so indelibly identified with Tony-winning legend Jennifer Holliday, the making of Dreamgirls (2006).In a role of a lifetime, Hudson no longer had to play second fiddle to anyone. Her role in Dreamgirls (2006) was one of the most triumphant musical film debuts since Barbra Streisand in Funny Girl (1968). Hudson made the role her own delivering the same heart-breaking, gut-wrenching one-two punch that made Holliday the toast of Broadway in 1981. To outshine Beyoncé and Eddie Murphy is no easy task but Hudson was the heart and soul of the movie. She copped awards from the National Board of Review, New York Film Critics, Phoenix Film Critics Society, Golden Satellite, Golden Globe, the British Film and the coveted Oscar. The late, tragic Florence Ballard, on whom the Effie character is based, would be very inspired indeed to see Jennifer's meteoric rise to musical star.Hudson has since made an impact in the world of music with the successful release of both of her Sony/Arista Records albums. Her sophomore album, "I Remember Me," was introduced on March 22, 2011 to rave reviews. The album debuted at No. 2 on Billboard's Top 200 and R&B Albums charts and has since been certified RIAA Gold in the U.S. She went on to receive a 2012 Billboard Music Award nomination for Top R&B Album as well as taking home two 2012 NAACP Image Awards for Outstanding Music Video and Outstanding Album. Additional collaborations include "Think Like A Man" with Ne-Yo and Rick Ross for the title track of the film and critically acclaimed single "Night Of Your Life" with David Guetta for his most recent hit-album "Nothing But The Beat." Hudson's 2008 debut self-titled record won a Grammy Award for "Best R & B Album," which was presented by one of Hudson's idols, Whitney Houston. She also received three additional nominations including "Best Female R&B Vocal Performance," "Best R&B Performance by a Duo or Group with Vocals" and "Best R&B Song." The album then went on to win three awards at the 2009 NAACP Image Awards including "Best Album." The RIAA Gold Certified album entered Billboard's Top 200 at No. 2 and marked the biggest first week sales for an R&B female entry since 2004 and has since sold over 1.1 million albums worldwide to date. 2013 was an exciting year for Hudson's music career, most recently being honored with a star on the Hollywood Walk of Fame.Hudson also ended the year by releasing the critically acclaimed single "I Can't Describe (The Way I Feel)," produced by Pharrell Williams and featuring T.I.. She was also honored with the privilege to perform the Presidential Inauguration, Super Bowl XLVII and the Academy Awards. In addition, Hudson was also honored by the Recording Academy at the Annual Grammy's on the Hill for her philanthropic efforts, specifically with her organization, the Julian D. King Gift Foundation. The same year, Hudson was honored at VH1's Do Something Awards for her charitable work and also at Variety's Power of Women luncheon with the Samsung Galaxy Impact Award. In 2014, Hudson released the third single off her Sony/RCA album, scheduled for release this fall. The song, "It's Your World" features R. Kelly, who also produced the Studio 54-inspired dance track. Just prior, Hudson released "Walk It Out," produced by and featuring Timbaland, whi