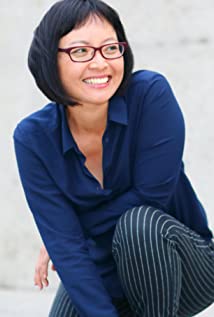 A Berkeley-born daughter of Chinese-Malaysian and Vietnamese heritage, Jennifer Phang is a graduate of the MFA Directing program at the American Film Institute.Her sophomore feature Advantageous won a Jury Prize at Sundance 2015 and was based on her award winning Futurestates short Advantageous (2012) Her award-winning feature film "Half-Life" premiered in 2008 at Sundance and Tokyo International, screened at SXSW, and was distributed by the Sundance Channel.The film was then nominated for a 2016 Film Independent Spirit Award. Advantageous (2015) was the feature adaptation of Phang's short film by the same name, originally commissioned by ITVS's FutureStates anthology series. Phang is one of six women selected for the 2016 Women at Sundance Fellowship. She was selected for the 2016 Warner Bros. TV Directors' workshop and is being personally mentored by Emmy-winning producer/director Michelle MacLaren (Breaking Bad, Game of Thrones.) Additionally Phang is also a recipient of the inaugural San Francisco Film Society Women's Filmmaker Fellowship and Grant.Jennifer also wrote and directed "Glass Butterfly," a visual effects-intensive narrative music video.