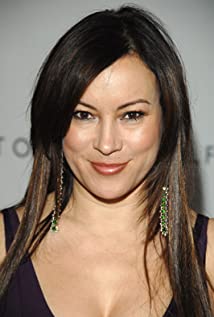 An actress who always attracts audiences' attention, Jennifer Tilly is by turns funny, sexy, compassionate, compelling and often all at once. She burst onto the scene playing the tone deaf Monica Moran in The Fabulous Baker Boys (1989), opposite brothers Jeff Bridges and Beau Bridges. She has been playing unforgettable characters ever since. She earned an Oscar nomination for her portrayal of the hopelessly untalented Olive Neal in Woody Allen's Bullets Over Broadway (1994). She followed that up with a memorable turn as Jim Carrey's gold-digging client in the blockbuster Liar Liar (1997). A sultry performance as Violet, opposite Gina Gershon, helped make Lana Wachowski's and Lilly Wachowski's Bound (1996) a breakout indie success at the Sundance Film Festival and then in theatres. It also expanded Jennifer's already significant gay and lesbian following.Jennifer Tilly was born Jennifer Ellen Chan in Harbor City, Los Angeles, to Harry Chan, a used car salesman, who was of Chinese origin, and Patricia (née Tilly), a schoolteacher and stage actress. Her sister is actress Meg Tilly. They were raised on rural Texada Island, British Columbia, by her mother and stepfather, John Ward.Over the years, Jennifer has worked with some of the world's best directors, including Terry Gilliam (Tideland (2005)), Neil Jordan (High Spirits (1988)), Joe Pytka (Let It Ride (1989)), Roger Donaldson (The Getaway (1994)), Ronny Yu (Bride of Chucky (1998)), Woody Allen (Bullets Over Broadway (1994)), Jerry Shatzberg (No Small Affair (1984)), Rob Minkoff (Stuart Little (1999) and The Haunted Mansion (2003)), Peter Bogdanovich (The Cat's Meow (2001)), in which she played Louella Parsons, Richard Benjamin (Made in America (1993)), Alphonso Arau (The Magnificent Ambersons (2002)), Oliver Stone (The Doors (1991)), Albert Brooks (The Muse (1999)) and Michael Radford (Dancing at the Blue Iguana (2000)). Other films include: Saint Ralph (2004), Music from Another Room (1998), Shadow of the Wolf (1992), Bart Got a Room (2008), An American Girl: Chrissa Stands Strong (2009), P.J. Castellaneta's Relax... It's Just Sex (1998), The Wrong Guy (1997), Second Best (2004), Sister Mary Explains It All (2001), Bella Mafia (1997), Edie & Pen (1996), The Crew (2000), and many more. Jennifer has appeared on some of television's best series, including Cheers (1982), Remington Steele (1982), Moonlighting (1985), CSI: Crime Scene Investigation (2000) and Frasier (1993). She was a recurring character on Hill Street Blues (1981), It's Garry Shandling's Show. (1986) and Out of Practice (2005), and a series regular on NBC's Shaping Up (1984) and Fox's Key West (1993). She is also in great demand as a voice-over artist. Her vocal characterizations include the snaky-haired Celia in Pixel's Monsters, Inc. (2001), the new age cow Grace in Disney's Home on the Range (2004), and the perpetually pregnant Bonnie Swanson on Family Guy (1999). Equally at home on stage as well as film, she has many theatre credits under her belt. She received a Theatre World Award for her performance in Second Stage's "One Shoe Off" performed at the Joseph Papp.Jennifer successfully cultivated another fan base with the revitalization of the "Child's Play" horror comedy franchise. For Ronny Yu's Bride of Chucky (1998), the filmmakers turned to Jennifer to create the character who would spark the series in a new direction. She met the challenge and established a new horror icon in Tiffany. In Rogue Pictures' Seed of Chucky (2004), written and directed by series creator Don Mancini, Jennifer again took the popular series to the next level; starring as Tiffany and as herself, the deadly doll's favorite actress, who soon becomes an unwitting hostess in more ways than one.Jennifer's pitch-perfect voiceover work as Tiffany is not the only instance of her being able to incarnate a character from the vocal chords out. Families know her distinctive cadences from the Disney hits Home on the Range (2004), directed by Will Finn and John Sanford; The Haunted Mansion (2003) (in which Jennifer acted from the neck up only), directed by Rob Minkoff; and the Pixar blockbuster Monsters, Inc. (2001) (voicing Mike's love interest Celia), directed by Pete Docter, David Silverman and Lee Unkrich. She began her acting career as a teenager, putting herself through the theater program at Stephens College in Missouri by winning writing competitions. She then headed to Los Angeles, California. While she continued to act on the stage (earning a Dramalogue Award for her performance in "Vanities"), movies and television immediately came calling for the actress with the unique voice and visage.In 2001, she starred in the Broadway revival of "The Women" with Cynthia Nixon and Kristen Johnson, which was later taped for, and broadcast on, PBS. In 2008, she appeared with Miranda Richardson in the critically acclaimed production of Wallace Shawn's play "Grasses of a Thousand Colors" at the Royal Court Theatre in London. Ot

A Cinderella Story: If the Shoe Fits