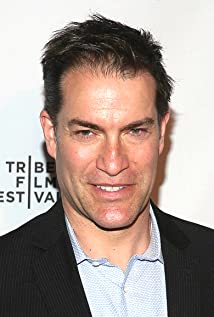 Jeremy Holm is best known for portraying 'Agent Nathan Green' on the Emmy© nominated Netflix series "House of Cards" and as 'Mr. Sutherland' on the Emmy© nominated USA series "Mr. Robot."Jeremy was raised in the Rocky Mountains where he received a B.A. from Colorado State University, and later earned an M.F.A from the University of Wisconsin, Milwaukee. Since then, he has performed onstage at both Cherry Lane Theatre and Mint Theatre in New York City, internationally at The Shanghai Theatre Center in China, and in major regional houses like Arena Stage, Milwaukee Repertory Theatre, Clarence Brown Theatre, Repertory Theatre of St. Louis and The Cleveland Play House to name a few. He has appeared on multiple television shows including "Blue Bloods" (CBS), "The Blacklist" (NBC), "Unforgettable" (CBS), "Happyish" (Showtime), "The Americans" (FX), "American Odyssey" (NBC), "Law & Order" (NBC), and five seasons of "Primetime: What Would You Do?" (ABC). His feature film, The Judge, is available on Blu-Ray and features an all-star cast including Robert Downey, Jr., Robert Duvall, Vera Farmiga, Billy Bob Thornton and others.Keep an eye out for Jeremy Holm as 'Greg Spaulding' in Vlad Feier's Finding Her (2018) and as the title role in The Ranger (2018).