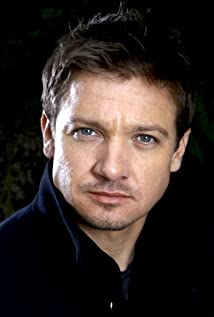 Jeremy Lee Renner was born in Modesto, California, the son of Valerie (Tague) and Lee Renner, who managed a bowling alley. After a tumultuous yet happy childhood with his four younger siblings, Renner graduated from Beyer High School and attended Modesto Junior College. He explored several areas of study, including computer science, criminology, and psychology, before the theater department, with its freedom of emotional expression, drew him in.However, Renner recognized the potential in acting as much through the local police academy as through drama classes. During his second year at Modesto Junior College, Renner role-played a domestic disturbance perpetrator as part of a police-training exercise for an easy $50. Deciding to shift his focus away from schoolwork, Renner left college and moved to San Francisco to study at the American Conservatory Theater. From there he moved to Hawaii and, in 1993, to Los Angeles.In Los Angeles, Renner devoted himself to theater, most notably starring in and co-directing the critically acclaimed "Search and Destroy." He pursued other projects during this time as well, landing his first film role in 1995's Senior Trip (1995). After several commercials and supporting roles in television movies and series, Renner captured the attention of critics with his gripping, complex portrayal of the infamous serial killer in the 2002 film Dahmer (2002). Renner's performance, which earned him an Independent Spirit Award nomination, is especially remarkable for painting a humane and sympathetic, yet deeply disturbing, portrait of the title character.In 2003, Renner took a break from small indie films to work on his first commercially successful movie, S.W.A.T. (2003), with Colin Farrell. In 2005, he played the leading role in Neo Ned (2005) as an institutionalized white supremacist in love with a black girl, winning the Palm Beach International Film Festival's best actor award. Renner's pivotal supporting roles in 2005's 12 and Holding (2005) and North Country (2005) earned him accolades from critics, and his 2007 turn in Take (2007) garnered him the best actor award at California's Independent Film Festival. Also in 2007, Renner played a leading role in the horror film 28 Weeks Later (2007) as well as a supporting role in the underrated Western epic The Assassination of Jesse James by the Coward Robert Ford (2007), with Casey Affleck, Brad Pitt, and Sam Rockwell.Renner's depiction of Jeffrey Dahmer in 2002 caught the attention of director Kathryn Bigelow, and, in 2008, she cast him in his most famous role as Sergeant First Class William James in The Hurt Locker (2008). Renner's performance as a single-minded bomb specialist scored him an Academy Award nomination for best actor. He also earned best actor nominations from the Independent Spirit Awards, the Screen Actors Guild, and the BAFTA Awards, as well as wins in this category from several film critics groups.In 2009, Renner starred in the short-lived TV series, The Unusuals (2009), and in 2010 he played the chilling but loyal criminal Jem in Ben Affleck bank-heist thriller The Town (2010). In the fall of 2010, Renner began filming Mission: Impossible - Ghost Protocol (2011). He has also since starred in The Avengers (2012), American Hustle (2013), and Kill the Messenger (2014).Renner's strengths as an actor derive not only from his expressive eyes but also from his ability to thoroughly embody the characters he portrays. His visceral depiction of these individuals captivates audiences and empowers him to steal scenes in many of his films, even when playing a minor role. Renner gravitates toward flawed, complicated, three-dimensional characters that allow him to explore new territory within himself.In addition to his work as an actor, Renner continues to cultivate his lifelong love of music. A singer, songwriter, and musician, he performed with the band Sons of Ben early in his career. Scenes in Love Comes to the Executioner (2006), North Country (2005), and The Assassination of Jesse James by the Coward Robert Ford (2007) briefly showcase Renner's singing talents.Despite traveling the world for film roles and, recently, as a United Nations Goodwill Peace Ambassador to raise awareness for mine-clearing efforts in Afghanistan, Renner remains close to his roots. In 2010, Modesto Junior College presented him the Distinguished Alumnus award in recognition of his body of work as an actor. He also headlined at a benefit for Modesto's Gallo Center for the Arts in the fall of 2010.Renner maintains a sense of humility and gratitude, even in the wake of his recent successes and recognition. He keeps himself grounded by renovating and restoring old and rundown iconic Hollywood homes, an enterprise he began back in his early days in Los Angeles. He values loyalty and a sense of both age and history, and enjoys the opportunity to help conserve these qualities in a town that favors the young and the new.