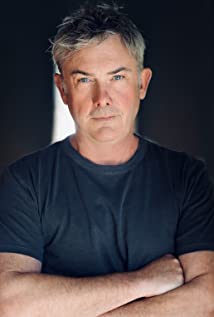 Bafta and Emmy nominated director Jeremy Webb has directed numerous high end television shows on both sides of the Atlantic. His work on Downton Abbey resulted in a Primetime Emmy nomination for the episode that dealt with the death of Lady Sybil. He was also nominated for a BAFTA for his work on the legal drama "Silk" and the BBC series "Merlin," where he was the main director for three seasons. He also directed the highly acclaimed miniseries "Ambassadors" and episodes of "Doctor Who". Since being based in Los Angeles he has been a regular Director on Showtime's Masters of Sex as well as the The AMC shows "Hell on Wheels" "TURN Washington's Spies" and "The Son". Jeremy's recent credits have returned him to his love for more high concept stories with work on Colony, NOS4A2, Legion and Altered Carbon as well as Marvel's The Punisher and 2 seasons of the massively successful Umbrella Academy for Netflix. He has just completely the Season finale of Eric Heisserer's fantasy drama Based on The Shadow and Bone series of books also for Netflix.

The Last of Us