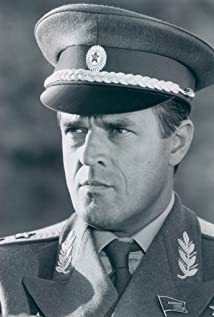 Jeroen Krabbe was born in Amsterdam to a family of painters. His grandfather was a famous impressionist, his father a talented artist and his mother a qualified interpreter responsible for translating Dutch films into English. He was destined to be a painter but after high school and a year of painting at the Academy of Fine Arts decided at 17 to change to acting and became the youngest pupil to be accepted at Toneel School - the Academy of Performing Arts'. He graduated in 1965 and spent 6 years in repertory theatre distinguishing himself in classical and contemporary roles such as Bierowne in 'Loves Labours Lost', Cassio in 'Othello' and Chance Wayne in 'Sweet Bird of Youth'. In the early 7-'s he formed his own theatre group and toured in such as 'Relatively Speaking'and 'How the Other Half Loves'. He established himself at the top of the tree when he directed'The Diary of Anne Frank'in which he starred as Otto Frank which became one of the biggest successes of the Dutch stage.He also had his own chat show on Dutch television and a music programme on radio. After playing a leading role in Paul Verhoeven's 'Soldier of Orange' on radio he left for America to play opposite Rock Hudson in the television series 'World War Three' then two films with Paul Verhoeven 'spotters' and Fourth Man' His performance in the latter won him the 'Vittorio de Sica prize in Italy and a special award at the film festival at Avoriazi in Spain. He decided to return to the academy of Fine Arts to see how good a painter he was . After 3 years of painting, filming and stage acting he graduated from the academy and decided to quit the theatre in favour of painting and film making. He was given an exhibition together with his father and grandfather at the Singler Museum in Laren which was a huge success and established him as a true painter.

Steal a Pencil for Me