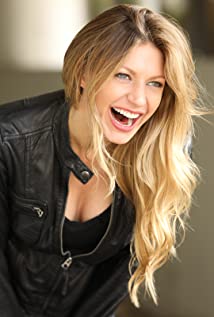 Jes Macallan's interest in the arts began early. A classically trained dancer, she studied from the age of three for 20 years and still practices today. She later modeled in Miami, New York, and Milan while earning a bachelors degree in International Marketing from the University of Florida with a study abroad term at the prestigious Bocconi University in Milan. She then relocated to New York City for an intensive Meisner based graduate acting program at the Maggie Flanigan Studio.Before her current series regular role in "DC's Legends of Tomorrow", which will begin filming season 5 this year, Jes starred for four seasons in ABC's hit drama series "Mistresses". She also starred in the pilot "Crash and Burn", executive produced by Tony Hawk and has guest-starred in numerous other series, including "Red Band Society", "NCIS: Los Angeles", "Grey's Anatomy", "Shameless", "Justified", and "The Protector".Macallan has starred in multiple films such as the book adaptation of "An Uncommon Grace", family drama "The Mentor", science fiction thriller, "Thirst", romantic comedy Christmas film, "The Engagement Clause", and was one of the leads in an ensemble cast for the digital film series, "Relationship Status", Executive Produced by Milo Ventimiglia and StyleHaul, which screened in 2017 at the Tribeca Film Festival with critical accolades and a nationwide release on Verizon's new digital media platform Verizon Go90.Macallan also wrote, produced, and directed the short film "SELF, E" which is being submitted to festivals this season. She also co-wrote the film "12 DAYS" with fellow actor and friend Jerry O'Connell, which is in negotiations to be sold, produced, and distributed by the Hallmark Channel.She is an ambassador for the Best Friends Animal Society, and a heavy supporter and participator in the "Rally For Kids With Cancer" charity events to support pediatric cancer research, and the children and their families at SickKids Hospital in Toronto, Canada.