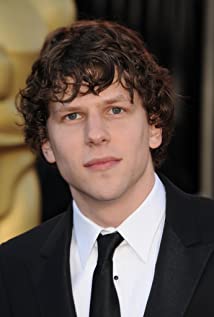 Curly haired and with a fast-talking voice, Jesse Eisenberg is a movie actor, known for his Academy Award nominated role as Mark Zuckerberg in the 2010 film The Social Network. He has also starred in the films The Squid and the Whale, Adventureland, The Education of Charlie Banks, 30 Minutes or Less, Now You See Me and Zombieland. Additionally, he played Lex Luthor in the 2016 film Batman v Superman: Dawn of Justice.Jesse Adam Eisenberg was born on October 5, 1983 in Queens, New York, and was raised in East Brunswick Township, New Jersey. His mother, Amy (Fishman), is a professional dressed-up clown who performed at children's birthday parties for a living in their hometown of East Brunswick for 20 years. His father, Barry Eisenberg, ran a hospital before moving on to become a college professor. Jesse has two sisters, Kerri and Hallie Eisenberg, who was a popular child star. His family is Jewish (his ancestors came to the U.S. from Poland, Russia, and Ukraine).He attended East Brunswick High School, but he didn't really enjoy school. From age 10, he performed in children's theater. Jesse had his first professional role in an off-Broadway play, "The Gathering". Before fame, he made his first television appearance role that came in 1999 when he was 16 with a show on Fox's Get Real (1999), but the show was canceled in 2000. In his senior year of high school, he had landed his first film leading role in the 2002 film Roger Dodger (2002). He won an award for "Most Promising New Actor" at the San Diego film festival.Jesse attended the New School University, New York, where he was a liberal arts major, with a focus on Democracy and Cultural Pluralism. He also studied at The New School in New York City's Greenwich Village. He applied and was accepted to New York University but declined enrollment to complete a film role. He has been playing the drums since he was age 8.His breakthrough role came in Zombieland (2009). In 2010, he was nominated for Best Actor at the Golden Globes and Academy Awards for his role of Facebook's creator, Mark Zuckerberg, in the film, The Social Network (2010). He also voiced Blu, a rare blue macaw, in the film Rio (2011), and its sequel Rio 2 (2014). He starred alongside Aziz Ansari in the 2011 comedy 30 Minutes Or Less, and played himself in the 2013 comedy film He's Way More Famous Than You (2013).

The Art of Self-Defense

The World Before Your Feet