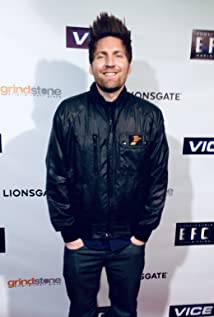 Jesse Pruett was born in San Diego, California. He is a American Actor, Singer, Songwriter, Composer and Musician. He started the band Parker Theory in the summer of 2000 releasing 4 albums and 2 EP's. Songs he has written have been heard on MTV, VH1, NBC, ABC, CW and many other TV shows, Movies, and Radio. He has released albums through record labels in the U.S., Japan, Brazil, and Sweden. Over the years he has shared the stage with Blink 182, Jason Mraz, Switchfoot, Smashmouth, Eve 6, P.O.D., and many other great bands and artists. He continues to write, record and release music through Parker Theory and other projects. Recently he released a solo album called Relentless Love. He and T.J. Hill wrote the score and original soundtrack to the film General Education. He also wrote the original score and soundtrack to the film Oliver, Stoned with his friends Greg Camp and Michael Klooster.