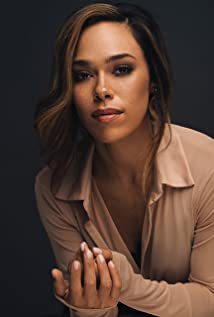 From the leader of a depression-era motorcycle gang, to a feared and skillful meta-human bounty hunter, and a monster-hunting FBI agent Jessica Camacho has brought dynamic female characters to life, showcasing her ability to illuminate their strong inner compass, unshakeable drive, and sheer determination.Camacho can next be seen starring in CBS' highly anticipated, legal drama series, "All Rise." Written and executive produced by Canadian writer Spottiswood and directed by Mike Robin, "All Rise" pulls back the curtain of a Los Angeles county court system, taking a deeper dive into the personal and professional lives of the judges, lawyers, clerks, bailiffs and cops. Camacho shines as Emily Lopez-Berarro, a tough and determined public defender who is undaunted in her efforts to prove her clients' innocence. "All Rise" premieres on CBS September 23, 2019.Additionally, Camacho can be seen starring in Netflix's sci-fi drama series "Another Life" opposite Katee Sackhoff and Selma Blair. Created by Aaron Martin ("Saving Hope," "DeGrassi: The Next Generation") "An-other Life" centers on astronaut Niko Breckinridge (Sackhoff) who is focused on searching for alien intelligence. Camacho will play Michelle Vargas, the crew's aggressive, tell-it-like-it-is communications expert. "Another Life" will stream internationally on Netflix platforms on July 25, 2019. Camacho will also appear this fall in a top-secret recurring role on HBO's highly-anticipated superhero series "Watchmen" opposite Regina King, Jeremy Irons and Don Johnson. Written by Damon Lindelof, the show is based on characters from the iconic graphic novel and is set in an alternate history where superheroes are treated as outlaws.Camacho was most recently seen as a series regular throughout season two of NBC's action/thriller series "Taken," based on the internationally renowned blockbuster film franchise. She was a scene-stealer as whip-smart, rule-breaking Army captain, Santana. She has also appeared in the DC Comics world, and is well known for her recurring role as Gypsy on "The Flash" for The CW.On the film front Camacho has been seen in "Think Like a Man," "Veronica Mars," and most recently "Ro-man J. Israel, Esq." opposite Denzel Washington. Additional television credits include: regular roles on "Sleepy Hollow" for FOX and "Last Resort" for ABC, and appearing on "Casual," "Frequency," "Harley and the Davidsons," "Minority Report," "Longmire," "Rizzoli & Isles," "Stalker," "Bones," "Castle," "NCIS: Los Angeles," "Hello Ladies," "Law & Order: Special Victims Unit," "Nikita," "Gossip Girl," "The Mentalist," "Dexter," and "Justified."Born in Chicago, Camacho got her first taste of acting when she took an acting class at the suggestion of a friend. She instantly fell in love with the craft and moved to San Francisco, where she supported herself as a waitress while taking night classes at the renowned American Conservatory Theatre. She went on to work in theatre and television in Chicago, where she was able to obtain her Screen Actors Guild member-ship card before settling full time in Los Angeles.When she isn't on set, you can find Camacho looking for her next adventure. Whether it's taking a local road trip or hopping on a plane to explore a remote spot across the globe, discovering new places and cul-tures is a burgeoning joy of hers. On the charity front, Camacho's passions are protecting our planet, help-ing the needy and forgotten, working with groups that help people develop skills and passions that can change their life, and being a voice for abused and neglected animals. She has worked with a handful of organizations over the years to further her voice in these arenas. Camacho currently resides in Los Angeles with her pup, Jules.