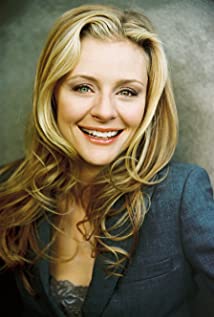 Jessica Cauffiel is known for her memorable roles in films such as Legally Blonde, Legally Blonde 2: Red, White & Blonde, White Chicks, Hoot, Stuck On You, The World's Fastest Indian, Road Trip and Valentine, as well as popular network television series like The Drew Carey Show, My Name Is Earl, and Frasier. After a hiatus for the role of motherhood, she returns to the screen as Elle Woods' best friend Margot in the third installment of Legally Blonde.Jessica is a Michigander who was born and raised in Detroit and moved in her teens to Chelsea, Michigan, the home of Jiffy Mix and Jeff Daniels' Purple Rose Theater--where her love of performance bloomed under the tutelage of life-changing, inspiring teachers. She competed in acting "Forensics" and won statewide tournaments and competitions in storytelling and singing. She attended Interlochen School for the Arts and the University of Michigan School of Music's prestigious Musical Theatre Department conservatory training program, graduating in the same 20 person class as Tony Award-winning Broadway star, Gavin Creel. She has a BFA in Musical Theatre and minored in Vocal Jazz, Vocal Performance and Journalism. Aside from starring in musicals, such as Flaemmchen in "Grand Hotel," (with original Broadway musical director Ben Whitely) and alongside Creel as Amy in a tour of Sondheim's "Company"--she was also lead singer in a wildly popular 8 piece acid jazz band named "Jazodity," where she appeared onstage as Lady J and was named the Virginia Slims' "Dueling Diva" of Detroit.Jessica moved to New York, where she did over 12 national network commercials (Sony, Maybelline, Ford, Midol, Wendy's, Pizza Hut, Conseco, CDNow, Secret and more), voiceovers, photo campaigns and starred in Oscar and Tony Award-winning composer and lyricist Robert Lopez's first musical "1001 Nights." A casting director in the audience called her agent and two days later she found herself on the Wall St. set of "The Out of Towners," playing the daughter of her comedic idols Goldie Hawn and Steve Martin and working alongside John Cleese. Only a couple of months later, she turned down the touring company of RENT to guest star as Niles' girlfriend on the seminal comedy Frasier and to star in a pilot by the show's writer Steve Levitan, with Tony Shalhoub and Neil Patrick Harris. She was soon cast in more films and moved to Los Angeles.Behind the scenes, Jessica is also a successful writer who has created and sold shows with her father, bestselling author Lowell Cauffiel and Legally Blonde co-star Alanna Ubach. Following her producing debut in the acclaimed short film Bed Ridden, directed by Academy Award nominee Jonathan Heap, starring Alan Tudyk, Joel David Moore, herself and SNL's Garrett Morris, she produced and wrote the feature documentary The Original Mind, about visionary painter, poet and artist, Nicholas Kirsten Honshin. As producer, writer, and assistant editor, she again headed behind the camera for the epic, 8 year production of Master, which documents the extraordinary life of renowned 83-year-old Chinese Qi Gong and Kung Fu grandmaster, Master Zhou Ting Jue. She works as a freelance writer for numerous publications, websites, creative businesses, artists, designers and non-profits, teaches a History of Comedy class for kids, is writing a memoir and teaching her daughter to play the piano, with jazz hands.