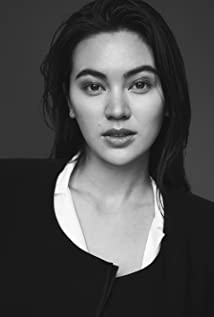 Jessica Yu Li Henwick is an English actress. She is best known for her roles as Nymeria Sand in the HBO series Game of Thrones (2011), X-wing pilot Jessika Pava in Star Wars: The Force Awakens, and Colleen Wing in the Marvel Cinematic Universe, making her debut in the Netflix television series Iron Fist. Her film debut was St Trinian's 2: The Legend of Fritton's Gold (2009). She was the first actress of East Asian descent to play the lead role in a British television series, the children's show Spirit Warriors.Henwick was born and raised in Surrey, the daughter of Pearlyn Goh Kun Shan and Mark Henwick, author of the Bite Back series of novels. Her father, who was born in Zambia, is English, and her mother is Singaporean Chinese. She trained at Redroofs Theatre School and the National Youth Theatre. In June 2009, it was announced that Henwick had been cast in the lead role of Bo for the BBC show Spirit Warriors, making her the first actress of East Asian descent to play the lead role in a British television series. For the role, Henwick trained in wushu with martial arts choreographer Jude Poyer. The show was nominated for several awards, including the Broadcast Awards 2011. In early 2013, Henwick made her professional theatre debut in the international premiere of Running on the Cracks, based on the book by Julia Donaldson. Allan Radcliffe of The Times praised her "excellent" and "understated" performance, while the Guardian wrote, "with tremendous physical presence, Henwick captures the sense of adolescent righteousness, passion and confusion of a girl trying to create order in an unfair universe." Theatre critic Joyce McMillan wrote that Henwick was "outstanding as Leo".Later that year she was cast as Jane Jeong Trenka in the drama Obsession: Dark Desires, which aired January 2014. The adaptation details Trenka's stalking in Minnesota, 1991, which she details in her book The Language of Blood. Henwick also joined the cast of Silk as new barrister pupil Amy. The series brought in an average of 5 million viewers per episode. She reprised her role for the spin-off radio series Silk: The Clerks' Room and later that year went on to play a young Oxford University student in Inspector Lewis. In 2015 Henwick joined the cast of the HBO series Game of Thrones in Season 5 as Nymeria Sand, with Oscar-nominee Keisha Castle-Hughes and Rosabell Laurenti Sellers playing her sisters. The process included six months of training to use a traditional bullwhip. She continued performing the role until Season 7.Henwick played the X-wing pilot Jess Pava in Star Wars: The Force Awakens. The character's full name is established as Jessika "Testor" Pava in the spin-off novel The Weapon of a Jedi: A Luke Skywalker Adventure, which establishes her as an admirer of Luke Skywalker. Despite her limited screen time, the character of Pava has become a fan favorite. Since the release of the film, Pava has appeared as a supporting character in the comic book series Star Wars: Poe Dameron. In 2017, Henwick appeared in the second season of drama series Fortitude, as well as Colleen Wing in the Netflix television series Iron Fist. Although critical reception of Iron Fist was generally negative, Henwick's performance in the series was well received. She reprises the role for the series The Defenders. At the end of 2017, Henwick was listed as one of Variety's Top Breakout Stars of 2017. In 2020, she co-starred in the Fox feature film Underwater.

Glass Onion: A Knives Out Mystery