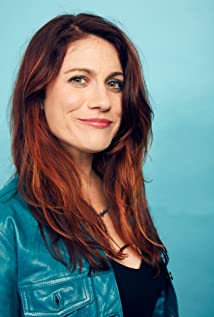 Jess is an Emmy-nominated filmmaker who made her feature writer-directorial debut with "The Light of the Moon". The film won the Audience Award for Best Narrative Film at the SXSW Film Festival. "The Light of the Moon", starring Stephanie Beatriz (Brooklyn Nine-Nine, In The Heights, Encanto), enjoyed a limited theatrical release to sold-out screens in both New York and Los Angeles and heralds a 97% Rotten Tomatoes score. Critics called the film "harrowingly effective" (Variety), "honest and complex" (The Hollywood Reporter), and Film Inquiry stated, "for any filmmaker this would be an unmitigated triumph, but for a first time filmmaker this is revelatory."Jess was the lead director on Showtime's original series, "The End", produced by the Academy Award-winning See-Saw Films (The Power of the Dog, The King's Speech). "The End" is a dramedy, told through three generations of a dysfunctional family who are trying to die with dignity, live with none, and make it count. The series received five-star reviews from The Guardian and The Times.In 2021, Jess directed her second feature, "The Bride", a Sony Picture's thriller-horror, written by herself and Blair Butler. It will have a worldwide cinematic release on August 26th, 2022.In 2010, Jess founded Stedfast Productions, a collective of visual storytellers who use film to explore the complexity of the human story.Jess is an Australian filmmaker who resides in Los Angeles. She is repped by CAA, Kaplan/Perrone Entertainment, and Independent Talent Group (UK).

The Light of the Moon