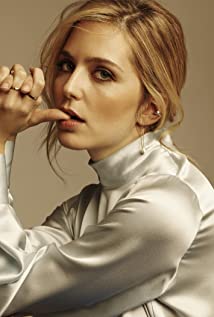 Rothe was born Jessica Rothenberg on May 28, 1987 in Denver, Colorado, the daughter of Steve and Susan Rothenberg. Jessica is known for her role in the Academy-award winning film La La Land (2016). She came into limelight starring as Tree Gelbman in the horror- thriller, Happy Death Day (2017). Rothe is also famous for her outstanding performance in the comedy-drama, Lily & Kat (2015), where she played the title role of Lily. Apart from films, she has made a name for herself in the television industry too. Some of her notable works on television are The Onion News Network (2011), Gossip Girl (2007), and Mary + Jane (2016). She hails from a theatre background and is a trained ballet dancer. Rothe has portrayed a range of characters from an insecure narcissist to a chirpy girl next door.Rothe did her schooling at Cheery Creek High School, Greenwood Village, Colorado. She holds a Bachelor's degree in Fine Arts from Boston University. Her grandmother, Colleen Rothenberg, was a renowned theatre artist. Her love and passion for theater and acting inspired Rothe to become an actress.When Rothe turned 8, she started taking ballet lessons. Along with that, she enrolled herself in a theatre group. Shortly after she was armed with the basics of the theater style acting, she started attending various acting workshops. The first such workshop she attended was at Kansas. During her University days, she learned to play violin and tap dance. Her fascination for arts was not confined only to stage performance. She learned clay and ceramic pottery as well later in her graduation days.After she completed her graduation, Rothe started focusing on her acting career. Her theatre background did help her a lot in bagging some roles in films and television, but soon she realized that stage acting is quite different than the film acting. Her theatrical acting techniques and few of the professional acting workshops she attended later built her up as a complete artist Rothe commenced her acting career with theater. She acted in the stage play of the Huntington theatre, a Nicholas Martin and Kate Burton production, 'The Cherry Orchard'. Later, she played a character in the play 'Kevin Moriatry's Hair' at the Hangar Theatre Company. Rothe's acting skills got noticed in her debut film, 'The Art of Loving'. Her role in the film was a minor one though. Soon she was approached with many offers to act in television.Rothe made her television in the role of Bojana Mitic in the episode, The Pink Panthers of the longest running reality crime show on the Fox Network, America's Most Wanted: America Fights Back (1988). She next appeared in two episodes of the spoof show, The Onion News Network (2007). After this, Rothe worked in one or two episodes of a couple of television shows like Happy Endings (2011), Blue Bloods (2010), and Gossip Girl (2007).In 2013, Rothe made her film in a short film, Promised Land (2013) in which she appeared as Maya. This film was a part of the television show, Future States, an omnibus of short films. Throughout 2013, Rothe appeared in cameos in several films and television shows. The year 2015 brought her the much-desired fame. Her role as Lily in the teen rom-com, Lily & Kat (2015) was very much appreciated both by the audience and the critics. This was her first lead role in any film. The same year, she again appeared in a significant role as Beatrix Carver in the science fiction, Parallels (2015). This role carved her image as a thriller and crime genre actress. Few of her next projects belonged to the same category. She appeared as Laura in the crime series, The Preppie Connection (2015) and as Lola in Wolves (2016). The latter was also premiered at the Tribeca Film Festival in 2016.The film that broke her image was the Academy award-winning romantic musical film, La La Land (2016). This film marks a milestone in Rothe's career. She played the role of Alexis, the roommate of the character played by the actress, Emma Stone. This film was a life-changing experience for Rothe. Her theater art and dancing skills helped a lot to get into the skin of the character. The film was premiered at the Venice Film Festival on August 31, 2016, and had the official release on December 9, 2016.The year 2016 turned out to be a lucky one to Rothe as she once again gave an applauding performance in the comedy-drama Mary + Jane (2016). She continued to give some mind-blowing performances with the 2017 suspense-horror flick, Happy Death Day (2017). This film provided Rothe a different experience altogether. In this film she appeared as Tree Gelbman, a self-obsessed and professional mean girl whose life turns upside down when she finds herself in absolutely weird and scary situations where she is continuously stalked by a masked man and eventually gets murdered. Rothe describes her experience in the film as horrifying as she acted dead numerous times. She met several challenges in the film, especially while working on the sequenc