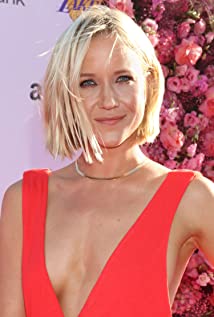 Jessy Schram has been a natural performer since early childhood. At the age of 10, her "intangible star quality" was recognized by the Stewart Talent Agency in Chicago, which signed her as both an actress and fashion model. She immediately established herself as one of Chicago's most successful child models by booking numerous commercials, print campaigns, voice-overs, and television work.Jessy's success in the entertainment industry continues to grow. After moving to LA at the age of 18, Jessy quickly began to fill a long list of credits for film and TV. She has been a recurring role on nationally televised shows such as Veronica Mars (2004), "Jane Doe", Life (2007), Crash (2008) and Medium (2005), where shes taken on the role of the young Patricia Arquette; as well as been featured on House (2004), CSI: Miami (2002), Without a Trace (2002), Boston Legal (2004), Hawthorne (2009) and more. Jessy also starred in Universal's feature film American Pie Presents: The Naked Mile (2006) as well as played a supporting role in independent films such as I Want Someone to Eat Cheese With (2006) and Keith (2008). Most recently, Jessy has completed a new pilot for TNT and Dreamworks as well as a role in Tony Scott's feature film Unstoppable (2010).In addition to acting, Jessy discovered her groove for music as a singer/song-writing solo artist, as well as touring with Joan Baby's soul band, performing at places like The Knitting Factory, Hard Rock Cafe, Tweeter Center, Soldier Field, Navy Pier, Hancock Music Center, and many more. In addition to performing, Jessy has spent time fine-tuning her talents with various producers, songwriters, musicians, vocal coaches and choreographers. Over the years, she has had the privilege to collaborate with Jim Peterik of The Ides of March and Survivor, and Suave of Hip Hop Connxion. In addition to her singing and song-writing skills, Jessy continues to learn guitar and explore percussion developing her own unique style. Growing from pop/rock, R&B, to finding a voice in styles that meet the likes of Marc Broussard and KT Tunstall.Jessy's passion and dedication has helped fulfill her dreams and goals. Not only is she a role model for other aspiring performers, but Jessy is actively involved in working with different charities. She is committed in heart and frequently visits orphaned children in Baja, Mexico through a group called Corazon De Vida. As well as visiting Project Angel Food in Los Angeles and her church's local soup kitchen when time allows.Jessy's success in the entertainment industry continues to grow at a rapid pace. Her ability to touch others through the roles she plays brings a freshness and truth that men and women alike adore. She has been "incredibly blessed" and plans to grow in her talents and share all that's been given.