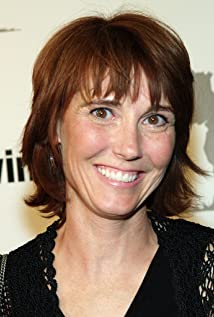 Chicago-born Jill Talley has played hundreds of characters in both animation and live-action. As one of the main cast members of SpongeBob SquarePants (1999), she has been the voice of Karen (Plankton's sarcastic computer-wife) since the show's very first season. Jill's husband, Tom Kenny, plays SpongeBob himself.Jill Talley started her career in acting at the famed Second City Main Stage in Chicago, where she worked alongside Chris Farley, Tim Meadows, Steve Carrell, Amy Sedaris, and others. She was a regular cast member of HBO's critically-acclaimed and cult classic sketch show, Mr. Show with Bob and David. Prior to that, she was a regular on FOX TV's The Edge opposite Jennifer Aniston. She has been seen as the anchor in Not Necessarily the Elections (HBO) and has guest-starred on The Sarah Silverman Program (Comedy Central), The Bernie Mac Show, Drew Carey, Seinfeld, Frasier, Ellen, 3rd Rock From the Sun and more.On film, Jill starred as "Tammy" in New Line Cinema's Run Ronnie Run, as "Candy" in Paramount's The Ladies Man, along with various roles in Little Miss Sunshine, Sky High, Sour Grapes, Jack Frost, Dumb and Dumberer and the award-winning Comic Book the Movie. She was the lead along with her husband, Tom Kenny, in two music videos; Smashing Pumpkins, Tonight Tonight (MTV Best Video of 1995) and the Travis video for Sing.As a voice-over actress, Jill has lent her voice to many characters, most notably Karen the Computer in SpongeBob SquarePants. She also voiced Ramona in American Dad, Gretchen, Nina and Miss Mucus on Camp Lazlo, Gisell in Pam Anderson's Striperella, Mrs. Sidvarsky in Clifford Puppy Years, Sarah in The Boondocks (Adult Swim) the Mother in The Animatrix.